When we began working with Kristin Kelly to design her new women’s clothing boutique in Northampton, MA, she expressed a desire that the store provide an experience of discovery for the people who shop there.

With a great downtown building as the project’s starting point, we embraced Kristin’s idea and made many discoveries along the way. From our initial sketches through design, demolition, and construction, the experience of working on this project was one of collaborative discovery.

Ode, a new women’s clothing boutique: A design based on the idea of discovery.

The space began covered with layer upon layer of materials, prior owners covering the last tenant’s vision… 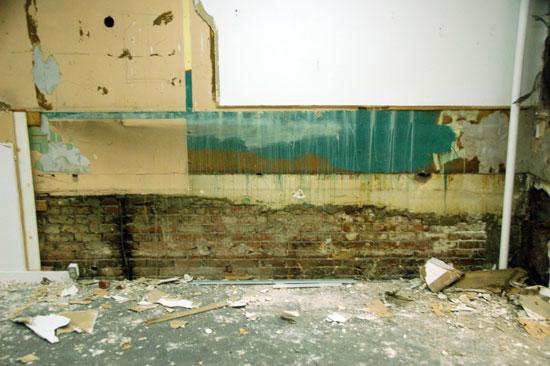 The layers were stripped away to reveal the bones of the 1850’s building beneath and to expose its hidden beauty: a plaster ceiling covered with medallions, a deep cove that encircled the rectangular space, 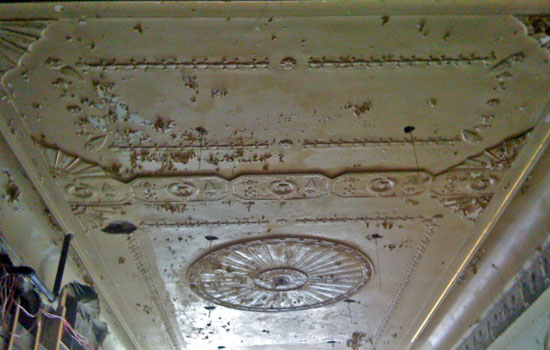 and brick party walls on both long sides, beautiful in their inconsistency and remnants—a wooden header from a former window, the occasional marble brick. 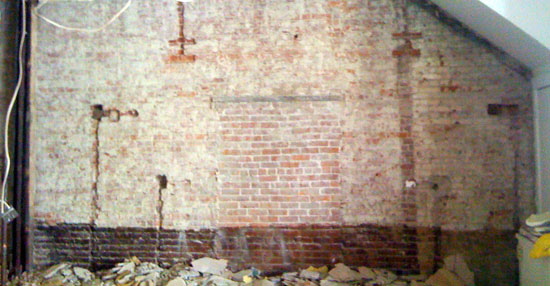 The structure of the building was exposed, the steel beam that moves through the space from storefront to back wall now playfully supported by wood columns.

These materials are mixed with modern, clean lines: crisp white walls that float in front of the brick, a simple layout of dressing rooms and office that create display walls, nooks, and alcoves. 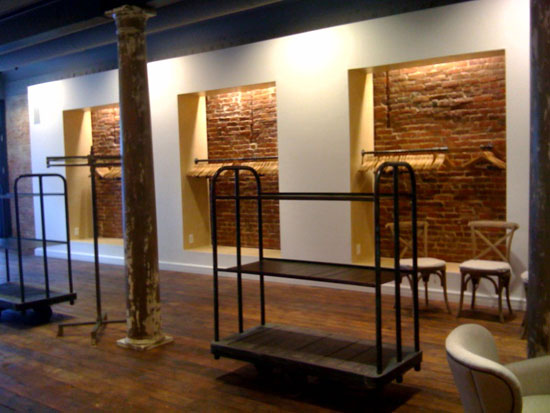 The spatial idea is also one of discovery. The wide open glass storefront, a modern juxtaposition, allows views through the full depth of the store – the eye drawn all the way back: the flooring wraps up and over a series of boxes creating the shoe display. Above them, a turquoise patina wall catches and holds the eye.

As you wind your way back, a series of discoveries: petite vignettes in lit alcoves, the clean white walls a contrast to the red brick, each holding a “closet” of clothes that tells a story: a character’s dress, shoes, a handbag. An old dresser spilling open to expose exquisite bits of clothing.

The columns also tell a story; each one a placeholder for antique tables, dress forms, and display. The register counter, placed to capture a view of the entire store for the employees, is a painted medley of enormous moldings, capped with black slate.

Finally, after you’ve woven your way through: a series of golden dressing rooms with linen curtains, just waiting for you to try it all on.

Ode, at 263 Main Street in Northampton, MA, is across from The Academy of Music and opens Tuesday, August 17. A special Grand Opening night will be September 10, during Northampton’s “Arts Night Out.”