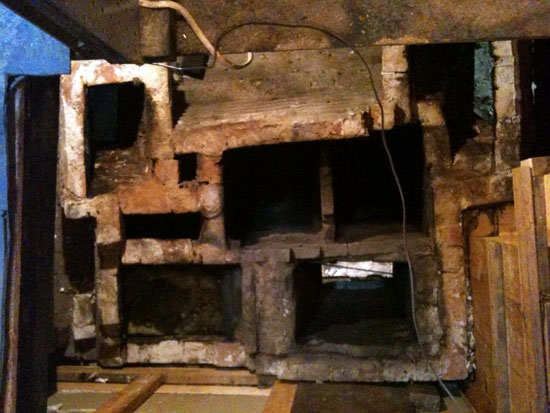 A client sent us this recent snapshot of the old center chimney from their house in Hardwick, MA.

Shown here in a photo taken from the third floor (looking down to the second after the top of the chimney had been removed), the chimney has 6 flues of varying shapes and sizes, and the chimney walls are thin and pushed right up against the framing.

After some significant cracks developed (and a fire or two), they felt it was time to rebuild. With the new chimney, the owners will have four flues and a better night’s sleep!