Elizabeth Morgan attended a summit in Washington, DC hosted by the Young Architects Forum (YAF) to consider the future of the architectural profession.  The forum brought together 50 architects who have been licensed 10 years or less (which is the definition of a “Young Architect” within the AIA, and has nothing to do with age) from across the country to discuss the unique concerns and possibilities they face as practitioners. 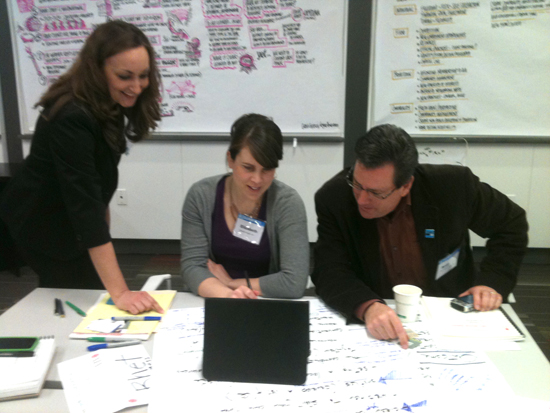 First established by the AIA in 1989, the YAF held a previous summit in 2007 to develop a “top 10” list of issues most pertinent to its demographic.  This year’s summit followed up on findings of the previous conference by maintaining the four highest ranked issues (Mentorship, Human Capital, Leadership/Interaction Skills, Practice Management) and redefining the remaining six.
After much consideration and blind voting, the six areas identified as most important to Young Architects today were: Career Advancement, Advancement of the Profession, Value of Design, Starting Your Own Firm, Value of Licensure, and Economy and Change.  Small groups were formed to expand upon each of these issues, and their findings were then presented to the larger group at the end of the conference.  A summary of these discussions can be found on the YAF web site.